Cases of extra-judicial killings, torture, disappearance and rape are on the increase as the Indian Army fights various insurgency groups in the state. 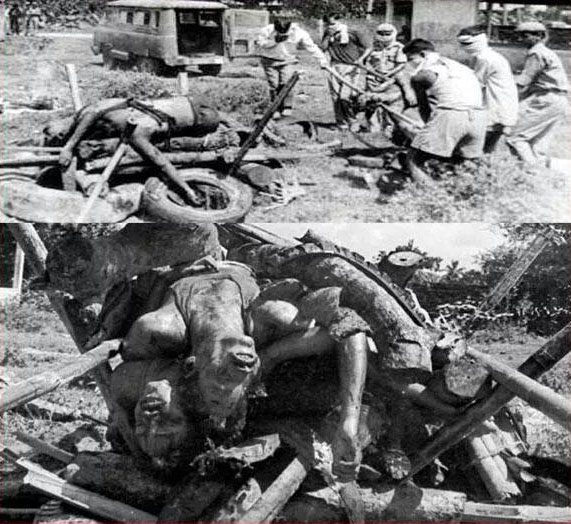 Introduction The Human Rights situation in the northeastern Indian state of Assam deteriorated rapidly after the Indian Army was deployed in November 1990 to fight against secessionist insurgents. To contain the insurgents and to diminish the support they enjoyed, especially in the rural areas, security forces have indulged in extra-judicial executions, custodial deaths, torture and rape. One the one hand, common villagers are intimidated and terrorized to divulge information about insurgents and on the other, insurgents are physically eliminated. The security operations, conducted under the Armed Forces (Special Powers) Act, 1958, give soldiers blanket immunity against any legal interference, have reduced the region to a killing field. And strangely, even though the security actions were initiated to reverse growing insurgency, the subsequent period saw an increase in insurgent activities and mushrooming of insurgent outfits.

The situation, especially the human rights conditions, are not well known outside the region. The national media, both government and non-government controlled, have not given the region (Assam and the adjoining areas) the due coverage. In order to avoid a popular protest against the present policy by the more articulate urban population, the security operations have been confined mainly to the rural areas. The local media, which is more sensitive to the situation, have come under government attack attack. The groups involved in human rights activities too have come under repeated attacks, as the killing of Cheniram Nath above shows.

Insurgency in the state of Assam rose in a political context, as has happened in the other adjoining states. But the government has chosen to view it solely as a security problem, and has adopted policies to root out insurgency militarily. Not only has it borne no fruit, but it has aggravated the human rights situation drastically. In these and other linked pages, an effort is made to paint a non-official picture of the human rights situation in the state of Assam, with information regarding human rights violations and the context in which this has been happening.
Methods of Human Rights Violations Beginning of Security Operations Human rights violations in Assam and the adjoining region are due to a pre-meditated and systematic state policy to contain insurgency. Since Independence in 1947, regions of northeastern India, the most backward of all India, have seen uprisings and secessionist activities and as a remedy to that was born the Armed Forces Act (AFSPA) in 1958. Such armed activities spread to Assam and increased in the late 1980's. In particular, insurgent groups managed to increase their local support and to step up fund raising activities by extortion and intimidation of economically advanced groups. In 1990, Surender Paul, an influential member of the tea-producing groups, was killed by insurgents. Soon after, the army was deployed to flush out the militants.  Methods Army operations began as Operation Bajrang, and has been finally given a more institutional frame work under the Unified Command in the beginning of 1997. The Army operations started with extensive search-and-arrest operations in the villages. Villagers were required to line up in a nearby field, usually in the dead of night, and questioned. Some are taken to Army camps for further questioning, which generally include torture. Many innocents have either lost their lives or have been maimed for life. Villagers have been threatened, harassed, raped, assaulted and killed by soldiers attempting to frighten them into identifying suspected insurgents. These exercises became more intensive if there occurs insurgent activities in the neighborhood. As a result, in the villages of Assam, any insurgent activity signals mass exodus of villagers for fear of Army operations. Since insurgency has an ethnic component, members of particular communities are targeted.

Rapes - Rapes generally take place during search-and-arrest operations. They also occur, with security personnel, belonging to the Army, paramilatary or the state police forces, forcibly entering a house and committing the crime.

Torture - Almost all persons picked up for questioning, whether belonging to any insurgent group or not, whether combatant or non-combatant, are tortured for information. Some of the methods used include: electric shocks to genitals, cigarette burns, pulling out of finger-nails, dunking the head under water/urine repeatedly, hanging upside-down for prolonged period, etc. A favorite method of beating is wrapping the victim in a quilt and hitting with a thick bamboo stick. These beatings are difficult to prove as they leave no signs on the outside, though they cause severe internal injury.

Extra-judicial killings - In general, intransigent members of insurgent groups are eliminated out-right. Sometimes when the conditions of torture victims deteriorate the victims are killed and the killing passed of as due to an encounter. A standard story put out is that during a swoop on a militant hideout on the basis of the information provided by the victim, a shoot-out took place in which the victim was killed.

Vigilante Groups - A number of vigilante groups are active in the region. Parag Das, a well know human rights activist and journalist, was killed by unidentified gunmen, suspected to be members of a vigilante group. In a well planned and orchestrated operation, suspected gunmen again killed family members of leaders of armed opposition groups in the month of August 1998.

"Specific Information" - It is of deep concern that an unrestrained and trigger happy security force can be used by vested interests to settle personal scores. In a number of instances, the Army had admitted to acting on "specific information" but the victims have turned out to be innocent, without any relation to any insurgent group. Chances are very high in such cases that the armymen were tipped off by sources with personal/political vendetta with the victims.

Most of the operations are conducted by security forces either in civil dress, or with identifying insignia missing from their uniforms. They take care to park their vehicles away from the scenes of the operation to avoid identification.

Disappearances - In certain cases, persons picked up by the security forces have simply disappeared. The army deny having arrested them.  Non-state Agencies Killings by non-state agencies have not only continued, but increased. Insurgent outfits continue political killings and kidnappings. Of particular concern in the recent year has been ethnic killings in certain regions of Assam, which are generally mob executed, instigated by either armed opposition or vigilante groups. Thought these killings have increased only recently, and they give the security forces reason for continued operation even though such killings have started and increased only after the deployment of security forces.
The Law and Human Rights Violations Unified Command The Unified Command was instituted in the early part of 1997 and all anti-insurgency operations are conducted under this. But the restriction imposed on the security forces are commonly flouted. It is mandatory to conduct search operations in the presence of a judicial magistrate, a rule which is hardly ever followed. On the arrest of a suspect, it is mandatory for the Indian Army to hand him over to the local police, for questioning, etc; a practice which is never followed.  Armed Forces (Special Powers) Act The Army Operations in Assam are conducted under the infamous Armed Forces (Special Powers) Act, 1958, revised 1972. Under section 4 of this Act, any personnel of the Indian Army, above the rank of private (jawan), can shoot to kill, destroy property, search without warrant or arrest anyone, who has committed, is suspected of having committed or about to commit, a cognizably offense. And to invoke this provision, the officer need only be "of the opinion that it is necessary to do so". This, in effect, gives the Indian army the right to kill anybody at will. Under section 6, no legal proceedings can be brought against Army personnel without the permission of the central government. This section effectively shields the Indian Army completely from any responsibility for its actions. In other words, with this Act, the government of India has imposed an undeclared emergency in the state. This Act is applicable only in the seven northeastern states of Assam, Manipur, Meghalaya, Nagaland, Tripura, Arunachal Pradesh and Mizoram.[footnote 1]  Preventive Detention Laws In 1995 the infamous Terrorist and Disruptive Activities Act, 1985 (TADA) lapsed, but prisoners arrested under this Act still languish in jails. It is in the process of reenactment under the name of Criminal Law Amendment Law. Among various other powers, this Act conferred on the security forces the ability to detain prisoners without any trial for upto one year. There is a plethora of preventive detention acts which gives the government and the security forces to curtail the fundamental rights of life and liberty. The one most often used in the state of Assam is the National Security Act (NSA) 1980.[footnote 2]  National Human Rights Commission Under pressure for its dismal human rights records, the Indian government set up the National Human Rights Commission, under the Protection of Human Rights Act 1993. But it is a body without adequate power to enforce human rights. Clause 19 of this Act prevents the Commission from investigating any complaints against the armed forces, thus reducing the Commission to a toothless tiger.  International Convention/Law The government has been a flagrant violator of Human Rights norms. India has signed (and ratified with reservation on Article 9, thus blocking right to satutory compensations) the International Covenant on Civil and Political Rights (ICCPR), which along with the Universal Declaration on Human Rights form the backbone of international law and convention on Human Rights. According to this Covenant, under article 4, State Parties can derogate from certain articles in times of emergencies, but not the most central ones like right to life (article 6), and has to inform other State Parties. With the promulgation of the Armed Forces (Special Powers) Act, the government has imposed an undeclared emergency and even derogated the right to life but failed to inform the State Parties of an emergency situation in the northeast. This was pointed out in the Report of the Human Rights Committee to the General Assembly of the UN in its Fifty-second session, September 1997. It is also the view of the Report that terrorism and armed insurgency are essentially political in character and that the approach to resolving such problems must also, essentially, be political, and it emphasizes that terrorism should be fought with means that are compatible with the Covenant. [footnote 3]

Since India is yet to ratify the First Optional Protocol of the ICCPR, victims of human rights violations cannot make individual submissions to the Human Rights Commission. This means a victim of Army atrocity has little chance of obtaining justice within the domestic or international legal system.
Summary Human Rights have been violated both by state and non-state agencies in the state of Assam. The situation continues to get worse. Even though the central government has set up the National Human Rights Commission, the NHRC does not have any power to investigate complaints against the Indian army, which is a major hindrance. Security forces continue operations in a manner which is at variance with both local laws and international norms.

Insurgency in Assam has a political root. We appeal to the government to see it as such and formulate its policies accord.